Let’s dance is a pop collection of two sculptures vases in fine porcelain.
The design of this vibrant collection comes from the hand of the designer Elena Trevisan. These pieces pay tribute to frenetic dances of all cultures and times.
Therefore, Elena Trevisan instilled them with burst bright colours, a lines urban motif and an irreverent expression of the body.

So, Let’s Dance, put on your red shoes and dance! - David Bowie.

A body dancing creates a sequence of steps seamlessly flowing into each other. Each action creates shapes in space. In 1922 the German artist and Bauhaus associate Oskar Schlemmer explored the human form in space and motion in The Triadic Ballet. Triadisches was internationally acclaimed in its time and continually embraced long after, invariably influencing aesthetics, even at the end of the post-modern era. Just think ‘KABUKI’ stage costume by Kansai Yamamoto for David Bowie’s 1973 tour.

Trevisan frequently looks to Bauhaus. She had the opportunity to stay for a year at least in Weimar during her university studies. She is not interested in contemplating forms in a platonic way. On the contrary, Trevisan always keeps the relationship between abstract design and the real world of people moving about in spaces and handling objects. Trevisan distilled all the bodies’ vibrations, transitions, interactions, and flow into his much irreverent Let’s Dance to create an entity capable of its exaggerated vibrating silhouette of entering into a dynamic relationship with any element of the context. 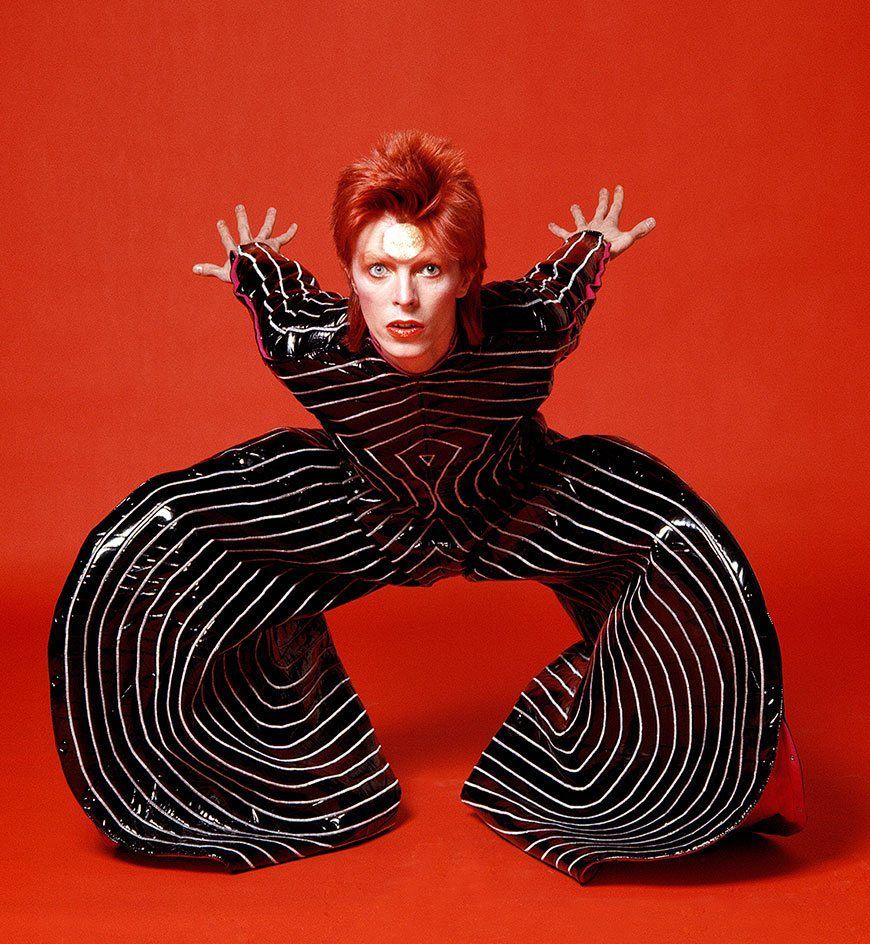