Elena Trevisan is an Italian architect and designer. She lives and works in Venice.

Shapes, creativity and fabrics have always been part of Elena Trevisan’s life. She grew up in an artistic environment with a talented grandmother, the artist in the family, that used to involve her in everything related to the decoration of the house. Even as a child, Elena’s favourite game was to take off and reinsert rattan from a Franco Albini chair.

Starting very young to choose wallpapers, paint carpets, and develop a very close relationship with textile materials, it was no surprise that Elena decided to study architecture. She attended the IUAV University in Venice, where she earned a PhD in Architectural Composition in 2015, a BA in architecture and an MA in landscape architecture.

As an architect, Elena Trevisan worked with prestigious international studios, focusing on architecture and landscape architecture, including the Landscape Architecture firm PROAP in Lisbon. From 2011 to 2015, she collaborated with the Imago rerum research group at the University Iuav of Venice.

In Venice began her career as a designer too, when in 2013, she had the chance to experiment with glass geometries at the Venini historic furnace. In 2016 she opened her own design studio.

Elena Trevisan has received many international prizes, including the Red Dot Design Award and 'A Design Award. 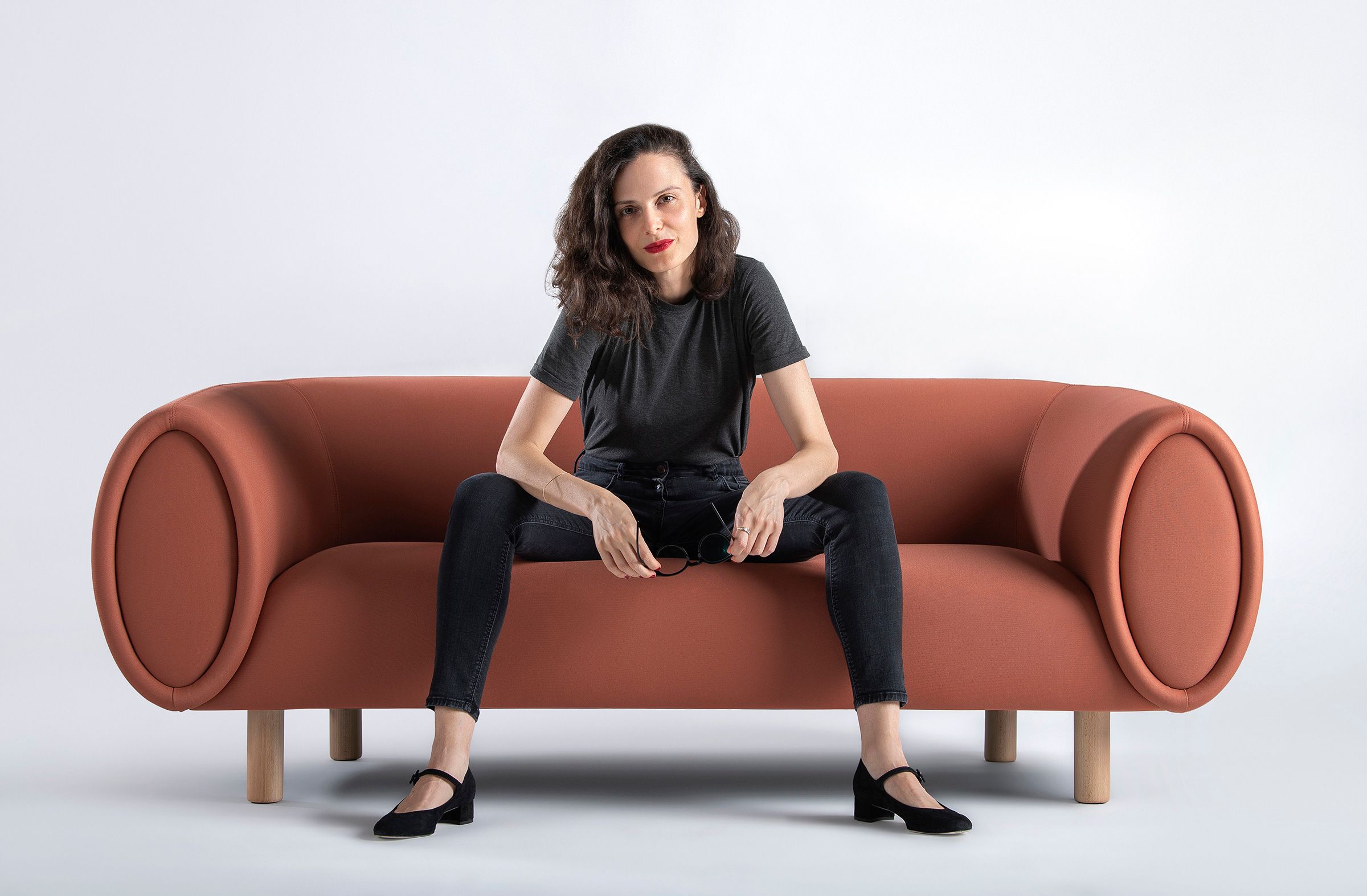 Elena Trevisan is a relentless museumgoer and finds her inspiration in travelling, observing contemporary architecture, and studying how artists develop unconventional approaches to materials. Most of her design process is spent on research. Every product of the human intelligence and of that marvellous thing which are people’s hands is something that arouses powerful emotion in her.

Her work testifies to a strong sense of pure form mixed with a never-ending curiosity for production techniques and crafts. By approaching creativity cross-disciplinary, she makes her designs emerge as architectural objects permeated with visual and graphic arts. They are small architecture capable of structuring the space into which they are placed or creating interactions with the surroundings and even relationships with other objects in the environment.

Elena Trevisan’s design process is about composing the contrasts: tradition and modernity, open and closed, light and heavy, opaque and transparent, solid and void, figurative and non-figurative. She likes to explore in-between spaces and see how form and materials meet each other. She affirms that unrecognizable things do not exist, so she gives remarkable attention to distinction and details to strike the imagination and stir people’s emotions. As she says, “When a design captures the observer’s imagination, it makes the observer look at the design twice”.